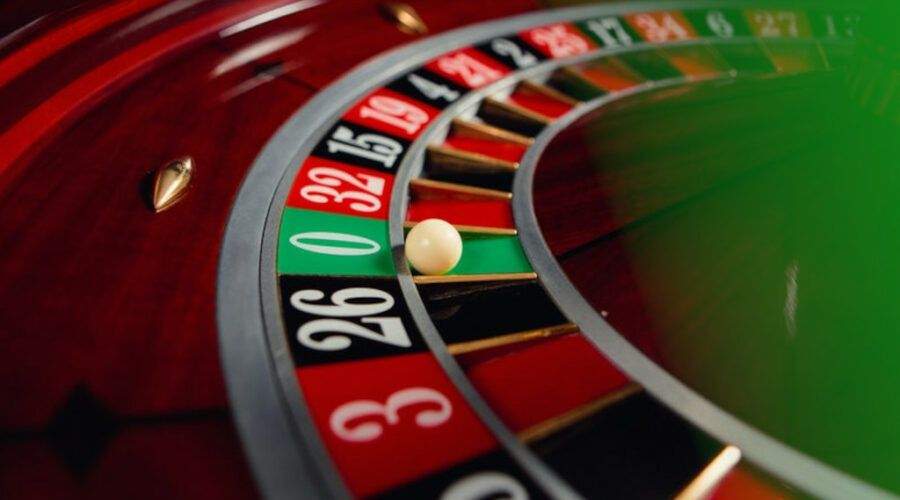 Despite the phenomenal rise in popularity of online slots, Roulette remains one of, if not the most popular casino game.

The unique blend of real-world mechanics and, of course, money-generating potential has wowed players since the game’s inception.

Affluence and elegance have always been associated with Roulette, making it a popular choice at many reputable casinos. Even though there are several gambling games to choose from in Las Vegas, the most popular is always Roulette – it’s simply too addictive not to be.

But here’s the thing: as popular as Roulette is in 2019, many have no idea where it came from. The idea underlying Roulette dates back to the earliest forms of gaming, but it wasn’t until the 18th and 19th centuries that it took on its current form.

Many people also overlook the distinction between European and American Roulette. There are two types to be aware of, and the difference can significantly alter the odds of winning.

Like any casino games, knowing your stuff when it comes to Roulette and its history can help you land a large win. Don’t miss our full examination of Roulette’s beginnings.

On the grand scale of American casino games, roulette has one of the smallest followings, with nowhere near the popularity of slot machines, video poker, blackjack, or craps. It draws more players than baccarat, mostly because the baccarat pits have traditionally been closed to low-budget players. But roulette is in danger of being passed in popularity by newer games such as Caribbean Stud Poker and Let It Ride. In Europe, on the other hand, roulette draws big crowds. It is one of the mainstays of Monte Carlo and other European resorts. 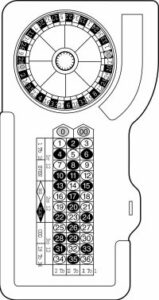 You can tell an American roulette wheel
by the 00. The French wheel would be
missing this number.

The bottom line is that American roulette players buck a house edge of 5.26 percent on all bets but one, which carries a 7.89 percent house edge. European players face only a 2.7 percent edge, and that is lowered to 1.4 percent on even-money bets by a rule called en prison, which is described later in this article. At 1.4 percent, roulette becomes competitive with other casino games; at 5.26 percent, it’s a very difficult game to beat.

A few French wheels are in use in the United States mostly in high-limit rooms. They usually carry larger minimum bets than American wheels — but a player in these areas who plans to make larger bets and wants to play roulette should seek out a French wheel.

Even at the higher house advantage on an American wheel, most casino-goers sit in for a few spins sooner or later. It can be an entertaining, relaxing way to spend some time. The dealer — the French may call them croupiers, but in the United States they’re dealers — gives players plenty of time to choose among the dozens of available betting combinations; then it takes time to spin the wheel and the ball before a winner is determined.

So while craps moves at 100 or so rolls per hour and blackjack about 60 hands per hour, roulette moves at a more stately pace — roughly 45 spins per hour. Facing fewer decisions per hour, the roulette player who bets $5 per spin faces an expected loss per hour only slightly higher than that of an average blackjack player who has not learned basic strategy. In this article, you will learn the basics of roulette, as well as how and when to bet, to increase your odds of winning. Let’s begin by getting you familiar with the equipment and rules of the game.

Roulette is played at an elongated table. At one end is a wheel, with a notch in the table where the dealer stands. The table is covered with a felt layout with boxes for the numbers 1 through 36 arranged in three columns and 12 rows. At the end of the portion of the layout closest to the dealer, above the numbers 1, 2, and 3, are boxes for 0 and 00. Each of the numbers 1 through 36 is surrounded by either a red or black oval or rectangle. The 0 and 00 have green backgrounds. This rectangular grid, with a box for each number, is used for wagers called “inside bets.”

Outside the numbered boxes are several other boxes for “outside bets,” encompassing up to 18 numbers at a time. Most of the areas for outside bets are on the long side of the table across from the dealer. However, at the end of the rectangle away from the dealer are boxes for bets on each 12-number column.

The wheel itself has 38 numbered slots, each with the same colored background as the corresponding number on the table layout. The small, hard ball used to be made of ivory; now it is usually plastic. The dealer spins the wheel in one direction, then spins the ball in the opposite direction around a track on the bowl-shaped recess that holds the wheel. When the speed of the ball decreases, it falls off the track toward the wheel itself, and bounces around until it settles in a numbered slot.

Regular casino chips are not usually used at a roulette table. Instead, when the player places money on the layout and asks for chips, the dealer will give out special roulette chips. Each player gets a different color of chips so the dealer can keep track of which chips belong to which player. Because the house does not want to get in a dispute over what chips belong to whom, couples or friends playing together may not share chips. Even husbands and wives playing together are required to play separate colors.

The dealer also will ask the player what denomination to designate the chips. At a $5 minimum table, for example, the player usually may designate each chip to be worth $1, but has the option of making them worth $5, $10, or any other denomination. Once the designation has been made, the dealer will place a chip atop a rail near the wheel, then place a marker atop it to indicate the value of that color chip for that session.

Because the next player to use the same color chips may designate a different value, roulette chips have no value away from the roulette wheel. The cashier’s cage will not accept them. When ready to leave the table, place all remaining roulette chips on the layout and ask the dealer to cash out. The dealer will exchange them for the equivalent amount of regular casino chips.

Seats at the roulette table are for players only. Even if a nonplayer sits down when only one player is at the table, the dealer will ask the nonplayer to move.

Play begins after the dealer has cleared off all losing bets and paid all winners from the previous spin. Players are given time to put down bets by placing chips on the layout before the dealer starts the spin. After the spin has begun, players may keep betting until the ball is about to drop from the track at the top of the wheel down toward the numbered slots. Then the dealer will call, “No more bets.”

Deciding how many chips to place where on the roulette table depends on what type of bet you want to make. In the next section, we’ll review the difference between inside and outside bets, and some betting systems used by experienced players.

Roulette is considered to be one of the most popular casino games in the world and rightly so. It tends to draw players from all types of backgrounds. Being a relatively simple game to understand while offering a diverse range of betting options and payout outcomes, it is fast paced and it never fails to get the excitement going. This makes Roulette a massive hit with players from around the world and it’s what makes it my favourite casino game.

Roulette is a game of chance that involves colours and numbers. A European roulette table consists of a wheel that has numbers alternating in red and black. The numbers are from 0 to 36. The other end of the table has numbers. You place chips in a variety of betting opportunities to bet on what the spin of the roulette will land on.

There are lots of types of bets you can make when playing online roulette. You can simply choose to bet on a colour so red or black. This type of wager doesn’t pay well, but has the best odds of winning at a 50/50 chance and pays evens. Or you can bet that the winning number will be odd or even, which again is 50/50 and pays evens.